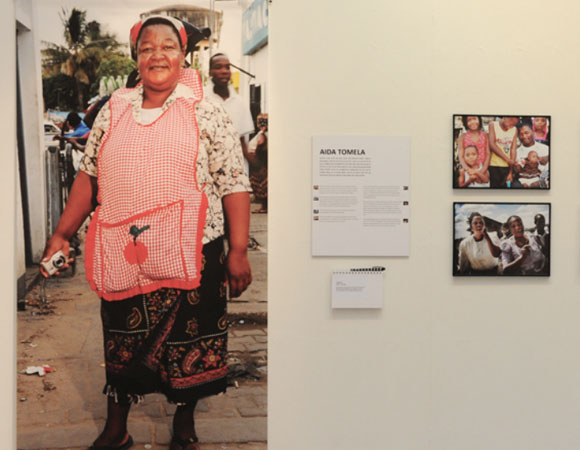 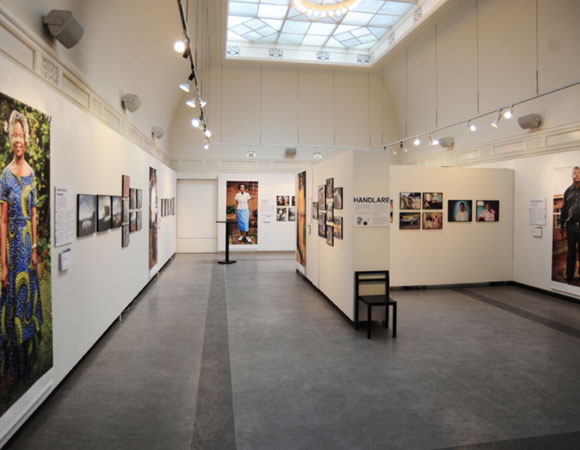 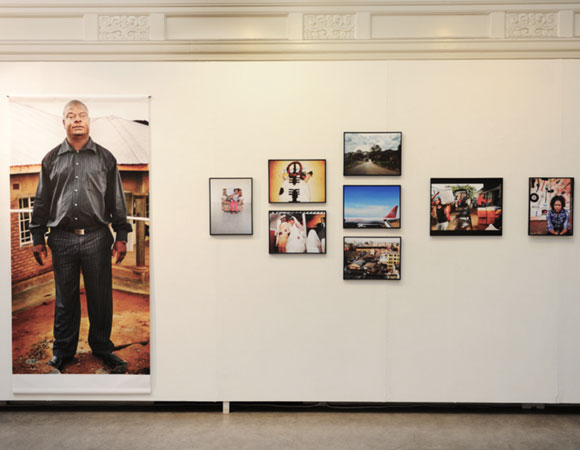 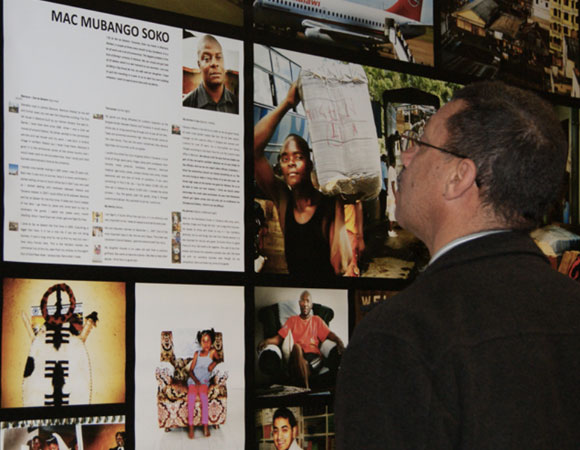 Short project description
Eight cross border traders from Southern Africa borrowed one easy to use digital camera each for two months. After a brief introduction they used their cameras to tell their stories of their lives: Their work, their troubles and joys, their friends, colleagues and families. The result became a unique photographic exhibition made and told by the people that are the backbone of Southern Africa’s economy.

In two-meter tall portraits and their own photographs and texts, chosen, told and designed in close cooperation with themselves, Mac, Aida, Palmira, Gloria, Ennie, Telma, Sudecar and Maggie all stand up to promote and protect their own rights, visions and worries.

An African version of the exhibition toured Southern Africa from August 2010. It started at the SADC (Southern Africa Development Community) ministerial meeting in Windhoek, Namibia.

In Sweden, the exhibition played a key role in a nationwide campaign-program to promote the Millennium Development Goals, for which it toured the country as part of many local awareness raising campaigns in municipalities and communities, promoting their initiatives and work towards the MDGs. The tour started at Galleri Kontrast in Stockholm and included, among more than a dozen other locations, the Gothenburg Book Fair and the Museum of Work in Norrköping.

Project led to
An evaluation of the project was carried out in December 2014. All participants were consulted on the results of the project and how to work onwards to increase their rights and possibilities. A full evaluation report is currently produced (fall 2015). This process led to the African Traders project currently in consolidation.

Inspired by
The project came out of a long period of work by Economic Justice Network on behalf of the cross border traders, and a perceived need to visualize their issues in a more effective way. The organization was somewhat tired of just talking, and wanted to show what was going on. Photographer Marcus Haraldsson had done the Beyond the Great Wall project and was much inspired by further explorations of border regions. The idea to lend cameras came out of a perceived lack of relevance for his own perspective, and the idea that he could best contribute as a facilitator, enabling the traders to tell their own stories using their own voices.

Difficulties
The project was experimental in nature, and hopes were low. As it turned out the participating traders did way more than ever expected for the project, and all eight came back with magnificent personal stories. The key to achieving this was to have very good local contacts with a lot of trust built over many years or relevant interaction, and to have a relevant project, addressing the actual concerns of the participants. If people are to contribute themselves they need to see their own benefit.

Credit
The project was an assignment from the Economic Justice Network in South Africa. 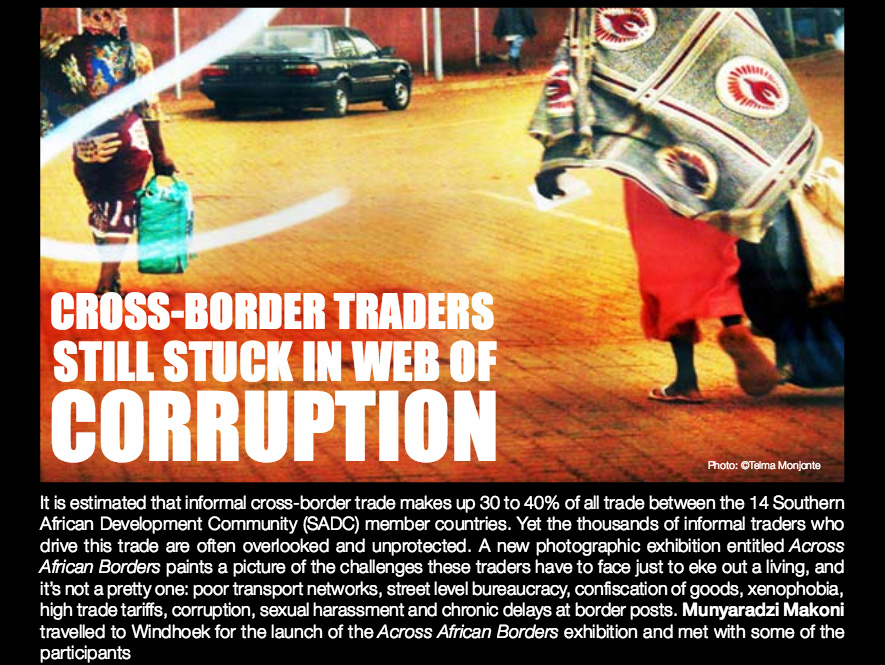 Short film about the project: