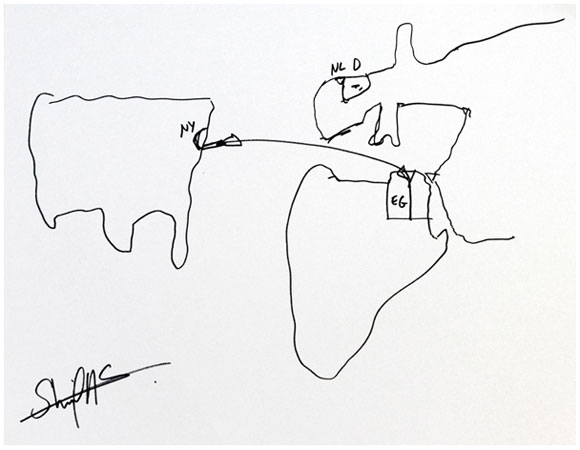 Sherif documented his travels using a combination of photography and border mapping. 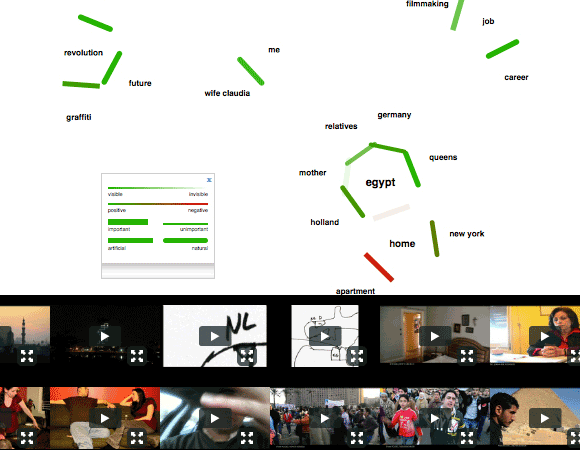 Short project description
Six first generation migrants originating from five continents but living in the borough of Queens, New York, borrowed an easy to use digital camera each during a two month period. During this time all participants traveled briefly back to their native homes for individual reasons. The assignment was for them to think through, and photographically document, the borders they perceived to be crossing during their trips, and throughout their previous lives.

The project was an experimental conceptual exploration of self told border-narratives, and an in-depth development of the camera lending technique first used in the Across African Borders project. It was also a first attempt at creating a digital database of “here- to- there” border-stories, told, visualized, and contextualized through a new border media player, leading to the creation of the Bordr iPhone app.

The project was the first collaboration between Bordr co-founders Christo de Klerk and Marcus Haraldsson.

Purpose
Exploration of self defined borders between multiple homes, and ways to document and visualize self told border narratives in meaningful ways.

Project results
Project Borders Queens was the Master´s Thesis for Marcus Haraldsson, Bordr, to qualify for a Master of Arts Degree in Political Journalism at the Columbia University Graduate School of Journalism.

It also laid the conceptual and technical groundwork for the Bordr iPhone app which became the Master´s Thesis for Christo de Klerk, Bordr, to qualify for a Master of Arts Degree in Media Studies at The New School.

Continued collaboration between Christo de Klerk and Marcus Haraldsson resulting in e.g. the Vandring-Vittring project, Project Borders Vision, and What border have you crossed? exhibitions. And ultimately the founding of Bordr itself.

Inspired by
The project originated from two ends that came together. For Christo de Klerk it was inspired by the idea of making “check-ins” between spaces instead of at specific locations. This was ongoing research leading onto the Bordr iPhone app. On the other side Marcus Haraldsson had developed a technique of lending cameras while working on the Across African Borders project. He was interested in a systemized way of telling self told border narratives. Project Borders Queens became the melting pot of these two starting points.

Difficulties
It turned out very difficult to motivate the participants to actually show their stories to the public. As the material in these projects is owned by the participants themselves the have veto on how it can be used. All participants were happy to tell stories, borrow cameras, and learn about their own borders – but when it came to public dissemination of the stories they pulled out. Sometimes after many months of close collaboration. The reason was likely a lack of purpose in the communication of their stories. E.g. in the Across African Borders project the participants had clear motifs for their stories to be told to a wider public – to improve their situations – while in Queens, motifs were personal exploration, and dissemination was not seen as necessary. These difficulties proved the importance of being extremely clear and transparent about the motifs for the project, and only work with people that are willing to disseminate their stories. This requires a lot of trust to be built over time, and with relevant institutions and projects.

Credit
“Project Borders Queens” was the Master´s Thesis for Marcus Haraldsson, Bordr, to qualify for a Master of Arts Degree in Political Journalism at the Columbia University Graduate School of Journalism. It was produced in close collaboration with digital artist Christo de Klerk, Bordr, then a Master of Arts student of Media Studies at The New School. It was produced in association with the New New Yorkers Program of Queens Museum through the amazing and dearly missed José E. Rodriguez. Thesis advisers at Columbia University were Dale Maharidge (main) and Duy Linh Tu (technical)

More
Further dissemination of the individual stories (a film, and a border-story based media player was produced) is restricted due to anonymity requests by the project participants.